From the Andes to the sea in the Patagonia Argentina

The Andes : an endless universe 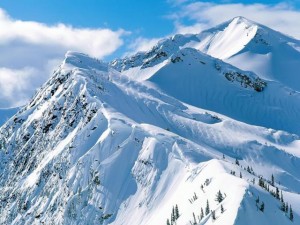 The Andes Mountains , west of Patagonia, is part of this stunning region. There, the direct binding of forests, lakes and mountains with unspoilt nature, has managed to become a magnet for tourists from around the world. It extends from the Neuquén north to the south of Tierra del Fuego.
The mountain is a landform product of the movement of tectonic plates during the Mesozoic period. Thus Andes rise because oceanic plates sink beneath the South American plate . Thus arose the mountains and volcanoes that make today the Andes , extending from Venezuela to Tierra del Fuego through 7500 kilometers. It is characterized by its high altitude numerous volcanoes , with Mount Aconcagua in Mendoza, 6,959 meters above sea level , the highest of the entire mountain range .

In Patagonia , the Andes is synonymous with places of unparalleled beauty . Lakes, rivers , hills , mountains, volcanoes , waterfalls and many more natural attractions are the framework that gives it that magic to the mountains .
It is the place chosen by thousands of tourists to relax and enjoy the contact with nature , as well as practice various outdoor sports . Trekking , climbing, abseiling , rafting, kayaking, horseback riding and mountain biking are some of the options to discover the vastness of Los Andes.
Among the main destinations we mention in the province of Neuquén to Caviahue and Copahue , San Martin de los Andes and Villa La Angostura ; eternal Bariloche and the hippie town of El Bolson in Río Negro, and the capital of the Trochita in Esquel within Chubut .
But there are countless numbers of places that make the mountains and are of singular beauty. For example Pehuenia Villa , Villa Traful or Chos Malal in Neuquen, all Region of Parallel 42 and Trevalga (they are situated Cholila , Lago Pueblo, Epuyén, El Maitén and El Hoyo ) and Trevelin in Chubut or the capital of  Cherry , Los Antiguos , and Perito Moreno in Santa Cruz .

The coast in this part of the world mean an engaging blue sea cliffs sometimes flat beaches , and above all , Booking unique marine animals in the world. From the summer tourist resort of Las Grutas, in the north to what is now southern side of the world , Ushuaia , hundreds of miles to go and learn.
Besides tourism, the Patagonian coast feature based on fishing and oil economy, which is livelihood of many people in southern Argentina , and the city of Comodoro Rivadavia. Only 10 km of this town is the southernmost beach in the Americas, Rada Tilly , which has 2.5 km of sandy beaches.
In the province of Chubut, also highlights the beaches of Puerto Madryn , a turist destination in Patagonia for its proximity to the Valdes Peninsula, and Union Beach , the resort of all the lower Chubut River valley , a few kilometers Rawson. 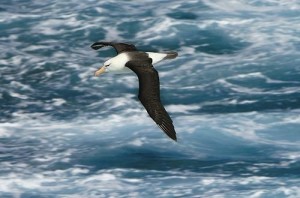 But undoubtedly , the beach convener for its warm waters , compared to those who are cold Chubut , is Las Grutas. This resort attracts thousands of tourists each summer from all parts of Argentina and neighboring countries who venture to explore the Patagonian coast. Nearby we find the town of San Antonio Oeste and deep water port San Antonio Este.
A destination that is growing but is of incomparable beauty is Golden Beaches in the province of Río Negro . Fine sands and long beaches make this site a must . Finally , we should mention the Condor , the spa rionegrina capital.
Finally , include the coastal towns of the province of Santa Cruz , which while not seaside villas are located on the Atlantic coast. Most of them grew up around commercial ports and communication. Among these we can mention localities Puerto Santa Cruz , Puerto San Julián , Caleta Olivia and Puerto Deseado.