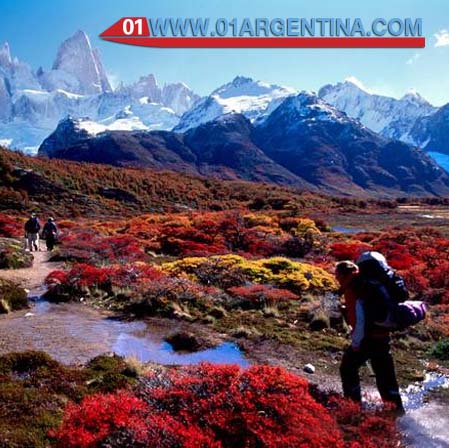 The Tierra del Fuego National Park is a national park Argentine 68,909 hectares located in the province of Tierra del Fuego, Antarctica and South Atlantic Islands, on the southwestern tip of Argentina portion of Isla Grande de Tierra del Fuego, about 12 km west of the city of Ushuaia.
01 Argentina Travel Agency offer Ushuaia tours click the link and see more information about travel to Ushuaia and Tierra del Fuego in Argentina.
It extends from the mountains of Injoo Goiyin (or de Beauvoir), north of Lake Fagnano, until the Beagle Channel in the south.
The quartermaster of the park is located in Ushuaia. It is one of the few Argentine national parks shoreline. The park has peaks alternating with valleys where rivers and lakes of glacial origin.
Only about 2000 ha of its southern end are open to the public. The rest of the park is the cataloging of “strictly confidential”.
Protect a portion of the southern end of the Cordillera de los Andes, fueguinos pristine forests, glacial lakes, and coastal seas with biodiversity belonging to marine ecoregion channels and fjords of southern Chile.

Andean Mountain
The area called Andean mountain is above the altitude of 500 meters, where forests are no longer corresponding to the top of the hills. The area is characterized by rocky outcrops, stretches of loose stones (scree) interspersed with sand and small prairies isolated in high mountain valleys in the confluence of the streams that feed the thaw.
Environmental conditions are very stringent, the area exposed to snow and blizzards throughout the whole year being, and humidity is low. Exposure to strong winds blowing steadily from the west and sunlight contribute to making this a very inhospitable environment. The site is covered by a layer of snow from autumn until spring; at higher altitudes there are eternal snows.
Therefore the vegetation is of little height, and develops mainly in hollows or areas that offer protection against the weather. It is during the period December to March when the vegetation recovers energies to meet the harsh conditions that prevail the rest of the year, and when vegetation offers showy flowers vying for the attention of the traveler. Small prairie land mallinosos develop in the presence of composite species, mosses, ygramíneas. Also on rocks brightly colored lichens develop. Already at lower altitudes beech groves “squat” are, since the action of the snow load on them their height does not exceed 2-3 m.
Magellanic forest
The forest starts from sea level and reaches 450 m in height. It’s the Magellanic Forest. The forests represented are predominantly deciduous forest species whose characteristics are the lenga, and ñirre and, more moist and protected from winds sectors: evergreen Magellanic forest coihue or cherry, cinnamon, Maytenus magellanica, and notro, with thickets of chilco or quiver, michay, caulker, kills black, and Magellan tundra in areas of poor drainage. In the understory of the forest you can find some delicate species of orchids, and ferns.
seagrass
The waters around the coast of this park are notable for possessing cachiyuyos giant submerged forests, a brown alga daunting, which holds a rich marine biodiversity.