Top Glaciers in the Patagonia Argentina

Glaciers, one of the main attractions of Patagonia. 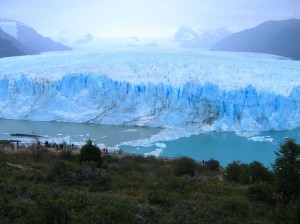 There are over four thousand glaciers covering an area of ​​3 square kilometers in 1700 on the Andes in Argentina
Ice bodies are different proportions in different sub-basins of the provinces of Catamarca, Mendoza, Black River, Chubut, Santa Cruz and Tierra del Fuego. These glaciers totaling an area of ​​three square kilometers in 1700 ice cover, which would be 17 times the size of the Autonomous City of Buenos Aires.
“In the different bodies are relieved Inventory ice ice containing different proportions and act as strategic water reserves in the mountains: glaciers discovered and covered within the glacial environment, in glaciers and periglacial environment”.
Also established a second stage of research, where “the researchers analyzed the thickness of many of these bodies penetrating radar in different areas of Argentina in order to determine the volume of ice that each contains”.
Glacier National Park, southwest of the province of Santa Cruz has ice fields occupying 2,600 km2 (more than 30% of the area of the Park), advancing on two large bodies of water, Lake Argentino and Lake Viedma .

The top of Glaciers, the Perito Moreno 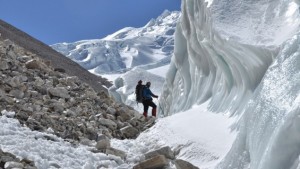 The best known is the Perito Moreno glacier, which expands upon the waters of the South Arm of Lake Argentino, with a front of 5 km. and a height, above the level of the lake, between 70 and 60 meters. This majestic wall of ice covers an area of ​​230 square kilometers.
The tour is amazing which makes us do Minitreking on the glacier, begins at the port “Under the Shadow” about 6 km. Mirador before the glacier, where you embark to cross Lake Rico, reaching the shore after about 20 minutes of sailing against the south wall of the glacier P. Moreno.

Upsala Glacier , located on the North Arm of the lake itself is the largest; exhibits over 50 km. and a width of about 10 km.
In the northern sector of the park, opposite the glacier Viedma , is the imposing stone massif Fitz Roy or Cerro Chalten (as it was called by the tehuelches who inhabited the area ) , noted for his height of 3375 meters and its monumental aspect to the environment of the surrounding mountain ranges .
The area of ​​continental ice and glaciers is a natural treasure , a World Heritage Site by UNESCO in 1981.
This ancient ice forming an angry white is crossed by bright engamadas cracks between blue and violet. From the depths of rivers gush sounds restless submerged inside the glacier.