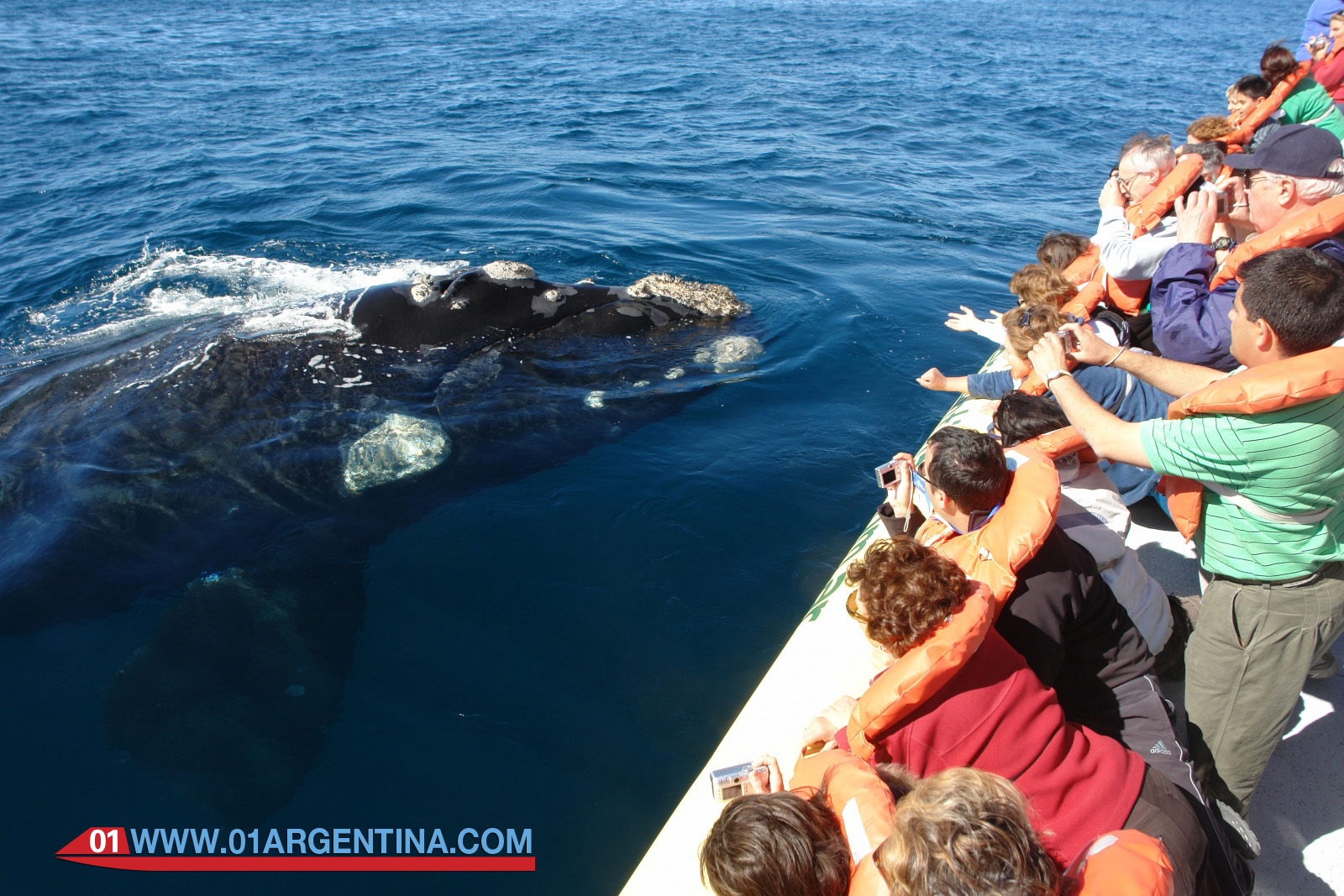 Every year, between April and May, the first southern right whales migrate from their feeding areas to their breeding areas. The first whales to arrive are usually solitary individuals such as adults, pregnant and juvenile females.
More than 1000 free whales come to the Península Valdés breeding area each year to give birth, wean the offspring born the previous year, mate or simply “learn to be adults” as in the case of juveniles one year old, Península de Valdés is one of the main tourist destinations of Patagonia. The highest concentration of whales is observed between August and September, after most births. In October the whales begin to migrate to their feeding areas and by December there are very few that are observed in Valdés.

The Calendar of the Free Trade Areas in the Natural Protected Area Península Valdés:

January-March: In general, except for isolated cases, whales are not observed in Peninsula Valdes because they are feeding or migrating to or from their feeding areas in the South Atlantic.

April-May: the first whales arrive to the coastal waters of Valdés, but they are very few and most are solitary individuals such as adults, pregnant and juvenile females.

June-August: more whales are still arriving. Most births occur. In addition, there are mothers of the previous year, who are in the process of weaning, and many groups of copulation.

August-September: the number of whales reaches its maximum. Many females are observed with their offspring and also copulation groups, adults and juveniles solitary. During September, although some births may occur, most of the kestrels have already been born and it is common to observe them playing while their mothers rest to reserve energy and nutrients.

October-November: mothers and offspring begin to prepare for migration to feeding areas, and several are already on their way. Most lonely adults have already left the area.

December: few whales remain in Valdés, mainly some females who gave birth to their calves later in the season, and some adults and juveniles alone.

Do whales come to Valdés earlier and more?

Scientific data from the Southern Right Whale Research Program of the Whaling and Ocean Alliance Institute and data from studies and censuses of whales conducted by colleagues at the National Patagonian Center (CENPAT-CONICET) indicate that whales have not yet come before , But each year the first individuals arrive in the months of April and May, and the maximum number is concentrated in the months of August-September and the last individuals leave in December.

Whale watching in Patagonia, how to do it responsibly

The tourist sightseeing season embarked on Península Valdés begins in mid-June and ends in mid-December (more information on the Portal of Puerto Pirámides). Coastal sighting can be done at any time during the months in which the whales are in the area. A popular place to see whales from the beach is the Natural Protected Area “El Doradillo” located about 15 km from the city of Puerto Madryn. In addition, about 5 km from Puerto Pirámides, you will find the Reserve “Lobería Punta Pirámides” which, from its observation points on the cliffs offers a wonderful view of the whales that approach the coast.

Whale watching is a unique and unrepeatable experience. Beyond enjoying it, it allows learning about these giants in their natural environment and understanding the importance of protecting them for their great ecological, social, cultural and economic value. In order to know the legislation and the good practices regarding the responsible sighting we recommend to consult this page.